CHALLENGE: Tell someone they are important in your life

Or create your own variation of this idea!
Comment below or on Facebook and let us know about your experience how it made a difference in someone’s life.

Call or Text someone you haven’t connected with in awhile!

Comment below or on Facebook and let us know about your experience how it made a difference in someone’s life.

Did you notice what the people in your life could use more of?  Did you look around your neighborhood and see something missing?  People all around us could use just a simple activity of care and kindness!  So we are challenging ourselves…and YOU to join us in the February Kindness Challenge.  Below are 28 different ideas (we’re sure you could add to it!) to do one a day during the month of February.  Certainly don’t limit yourself to one a day…but at least be intentional one time (not too much is it?).  So enjoy…see how God can use you to make a difference in someone’s life today!  Have a story?  Leave a comment!

SAVE THE DATE and MARK YOUR CALENDARS!

PRE-CHRISTMAS EVE, DEC 23 IN THE SQUARE

JOIN US FOR….A Pre-Christmas Eve Celebration in the Georgetown Square
What: An Outdoor Christmas Eve Service hosted by Cross and Crown
Where: East Side of the Court House (710 S Main St, Georgetown, TX 78626)
When: Sat, Dec 23 at 5pm

SUMMARY: December 23 @ 5pm outside the Court House on the Square in Georgetown (710 S Main St, Georgetown, TX 78626)  – a Contemporary Christmas Outdoor worship  In the beautiful setting of downtown Georgetown, we’ll greet you on the east side of the Courthouse with a warm coffee or hot chocolate.  Our worship band, Beautiful Feet, will lead the singing of traditional Christmas Carols in a contemporary arrangement.  Enjoy a message on the Christmas story to bring the Heart of Christmas to your heart!  Limited seating is available. Bring a blanket to sit on the grass, but please no lawn chairs (Courthouse request).  (If weather is bad, gathering will be held at Cross and Crown 3800 Shell Road – beginning at 5:00 – check website for update!) 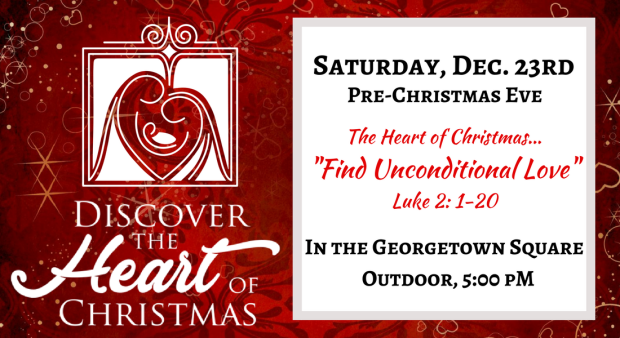 Cost: Free
Details:
• A great way to find the heart of Christmas
• Comfortable, Casual and Reflective
•  Service starts at 5:00
• A 45-min service with familiar and upbeat songs and inspirational message
• Blanket & Standing on Lawn; Some Seating provided (court house asks to not have chairs on the lawn in the winter)
• All welcome. Enjoy a drink & candy cane treat
• Lots of restaurants in the square open with live music to enjoy after the event 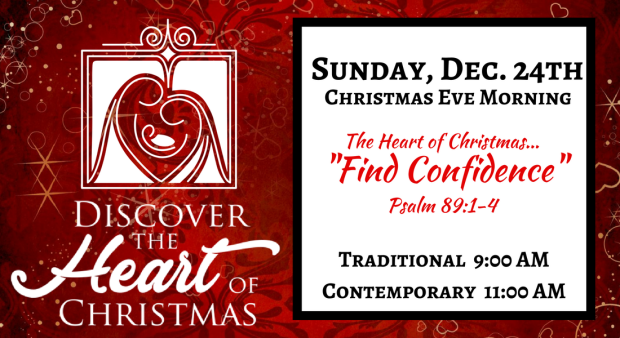 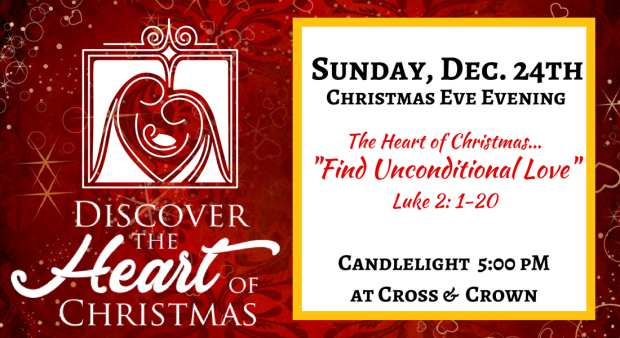 All services, we pray will touch your heart with the message of Christmas: “Today in the city of David, a Savior, Christ, the Lord!”  We pray these opportunities will touch the heart of our community as we celebrate “Christmas in Georgetown!”

The Future of the Church: In the World Around & Trends (day 2)

Don’t ignore what is happening around world and its impact on the church!

In this Session the two presenters, a Christian professor of sociology from Canada and an individual from London offered these observations.

Since the early 1980s when Canada adopted a charter of rights and privileges, there has been a precipitous decline of the influence of Christianity in Canada.  Prior to that they would have been called a “Christian” country do to their English roots and the influence of the Anglocan Church in Canada.  Secularization began to occur both in the public dialogue as well as in academia.  As a result even in the mainline churches in Canada, they began to shift their focus from a bold confession of Christ to focusing on social justice issues.

As a result in Canada, these statistics were offered: Do most people in Canada believe in God?  No

As a Christian sociologists, David Haskell, suggested that while churches have focused much on “eternal life” preaching (What I understood as our focus is helping people see the value and importance of Christ is the way to eternal life.), it is perhaps time to take an approach that shows the empirical value of the Christian life in the present.  Not that eternal life is not important, but create an argument that Christianity presents a better position/way to live.  Show the good Christianity has done, and does do.  Present how statistics show that Christians are the most psychologically well adjusted, the happiest in the world.  Then show them the God of the Bible that allows this to be true.  (My understanding of this was to help people see the value for Christ and his ways opposed to other systems of thinking and living)

Haskel also offered insights into what he found in studying declining and growing churches in Canada.  Here’s the key findings:

These two were the strongest findings, but in addition compared to declining churches, growing church also did the following:

Another observation is that the leaders of these churches were leading the way in strong conservative biblical doctrine and leading the congregation to understand their mission and purpose.  Declining churches, the members actually had a stronger conviction than the pastors and leaders in these two areas.  (My observation: Everything rises and falls on leadership!)

The second presenter James Haskell, made these observations about the church in England:

A drastic change is the number of youth in the Anglocan Church.  In 2017 there were an average of 3 per church.  The average age of congregations is rapidly increasing.

He noted we are operating in three realities:

A reminder was given that God’s people many times have been in exile and marginalized and the Church has continued.

The presenters left with a few focal comments:

Of note was that many of the refugees that are seeking to come to the US are persecuted Christians from the countries banned to enter.  Not all of them, but a good percentage.